On June 5, 2015, NESEA held a Building Energy Pro Tour at the Berkshire County Jail in Pittsfield, MA. The facility has recently undergone an ambitious project, making it an impressively energy efficient facility with one of the deepest reductions of energy use by a state facility in Massachusetts. The tour was led by NESEA member Bart Bales, the energy engineer for the project. A group of 25 architects, engineers, and municipal planners took the tour, starting with installed LED lights and shower timers to the recently completed array of solar panels, one of my favorite parts of the tour. The whole enterprise is projected to result in a remarkable 52% reduction in energy use. 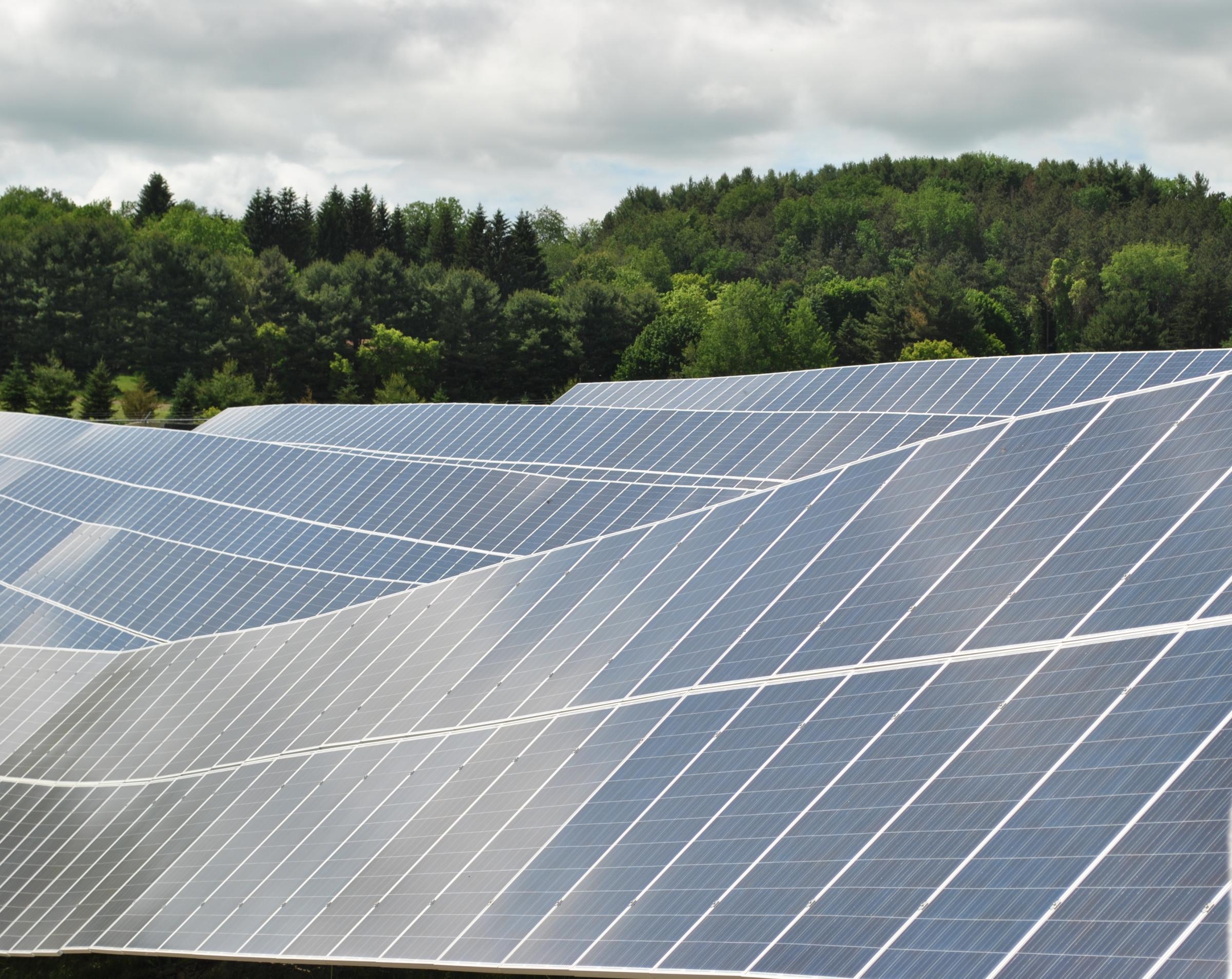 The afternoon began with NESEA’s welcome hour of coffee and networking, followed by Bart giving an overview of the project specs. The changes he engineered are numerous and vast, and he described the various systems in such a way that even I, a complete novice in the world of environmental engineering, felt I could grasp the concepts.

Among the innovations Bart told us about, then showed us, were an array of solar thermal evacuated tubes for domestic hot water, natural gas-fired condensing boilers, demand-controlled ventilation and carbon dioxide sensors, and a heat recovery ventilation system with exhaust controls located in the kitchen. The finale of the tour was my personal favorite sight, the 300 kW hillside ground-mount photovoltaic array, or solar panels, for those of us who prefer plain English. Bart is pictured here describing the process of designing and installing the complex structure. 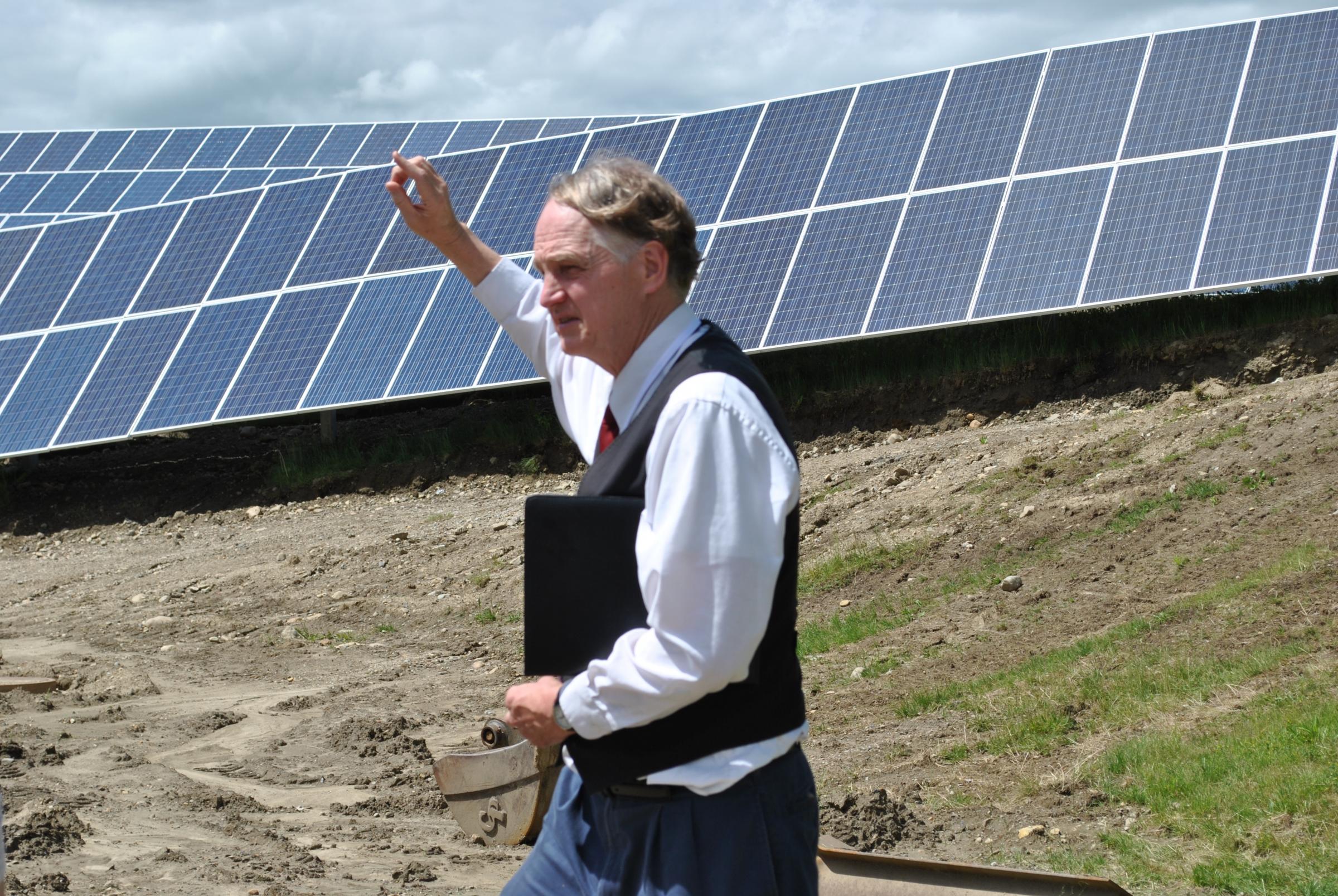 The project is scheduled to be completed later this month, when the photovoltaic cells get hooked up to the energy grid. Upon completion of the tour, we had a Q&A session with a panel of experts on the project, including Bart, Al Weisz from the Department of Capital Assest Management and Maintenance (the administrator of the project), Tom Mazzeo the director of facilities at the jail, and Daniel Bergeron the HVAC technician at the jail. Everyone on the panel had extensive knowledge of the intricacies of the project. They answered questions ranging from the costs of the project to the necessity of fail-safes and overrides when it comes to things like the carbon dioxide sensors.

A big thanks to Bart for leading the tour, the panel for answering everyone’s questions, and especially to the Berkshire County Jail for allowing us to hold the event and share this wonderful project with the guests!

Megan attended the University of Massachusetts Amherst, studying Environmental Conservation and Political Science, with a minor in Economics. She was formerly the Speaker Coordinator at NESEA for the BuildingEnergy conferences. 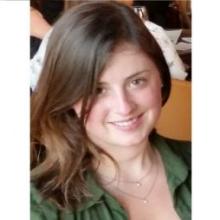 Miriam joined NESEA in 2014 after completing a Masters of Business Administration at Antioch University New England. She held the position of Program Director at NESEA before serving as Executive Director from 2019 to 2022. Before joining the NESEA team, she worked as a project manager at the Clarke Schools for Hearing and Speech, ran an event planning business in Montana, and led backpacking trips in Wyoming and Utah. 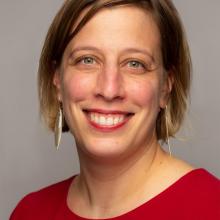