When Superstorm Sandy swept through New York three years ago, the city’s multifamily building stock was not prepared for the damage it would bring with it. Three years and billions upon billions of dollars later, we are still rebuilding and casting a wary eye toward a future in which extreme weather events are quickly becoming the norm.

It seems that we haven’t entirely learned our lesson though – many of the rebuilding efforts immediately after Sandy went into restoring buildings to the way they were before the storm, with little to no consideration of protecting against the next big event. Too many building owners simply bounced back from Sandy when they could have taken the lessons that we learned about the vulnerability of our housing stock and bounced forward to minimize future losses.

Part of the problem is simply that the technical guidance simply doesn’t exist. FEMA’s guidance on resilience for residential buildings is limited mostly to single-family dwellings and tends to be focused mostly on floodproofing. The fact is that much of the guidance that they recommend – elevating a building or its systems – is simply not feasible for large multifamily buildings in an urban environment.

To address this gap in the literature, Enterprise Community Partners, Inc. has just launched the Ready to Respond: Strategies for Multifamily Building Resilience manual, a collection of 19 strategies intended to help owners and operators of multifamily buildings make their properties more resilient to the worsening effects of climate change. This includes traditional strategies such as wet and dry floodproofing and mechanical solutions like sump pumps and backwater valves, but Enterprise took a more holistic approach, also recommending such measures as managing surface stormwater and installing backup services in the event of an outage. Four of the strategies focus entirely on building and strengthening community ties – an area almost entirely overlooked in conventional guidance – as experience shows that connected communities are much more resilient in the face of disaster.

The 145-page manual is meant to be as accessible as possible to non-technical audiences. As a contract worker with Enterprise, I had the honor to be one of driving forces in assembling the tool. Although I was originally hired as support for a different project, I gradually became more and more involved in the manual and it quickly became the main project that consumed most of my time.

With more than 50 advisors contributing to the content, everyone seemed to have their own strong opinions about what to include and what to leave out. Should we include strategies that FEMA doesn’t necessarily endorse for residential, such as dry floodproofing? Which technical details should we include and which should we leave out? Does this illustration accurately convey the location, scale, and function of the strategy that we’re describing? Even seemingly insignificant details such as whether the Design Flood Elevation is one foot or two feet above the Base Flood Elevation became battlegrounds of relentless fact-checking and digging into local codes, international codes, ASCE guidance, and FEMA regulations.

Another challenge was how to illustrate visually many of the concepts that we were addressing. The final product is highly appealing visually, including numerous pictures and illustrations to make it more accessible to its target audience. However, much of the advice that we recommend is on the leading edge of best practices in the field, so it was difficult to find multimedia that we actually had the rights to use. I spent quite a lot of time contacting manufacturers and contractors for usage rights and combing through the Internet in search of high-quality Creative Commons images. When it became apparent that we would need to illustrate many of the concepts in the manual but didn’t have the budget for a professional illustrator, I picked up Adobe Illustrator for the first time and, with three weeks of intense practice, produced several of the needed images myself. When we needed photos of several building systems, the Solaire (a highly-sustainable apartment building in Tribeca) was kind enough to give me a tour of their building’s utility rooms as I eagerly snapped photos of backup generators, emergency water faucets, sewer lines, cabinets of emergency supplies, and their gorgeous green roof.

Working with World Studio – the incredible design team that helped us with the layout and design – the manual slowly took shape from a rough-around-the-edges, monolithic Word document to a highly polished, visually appealing manual that we are all immensely proud of. It was a great team effort from everyone on the advisory panel, the original authors of the material (Mark Ginsburg, Jim Newman, and Alex Wilson – all big names in the resilience field), and Laurie Schoeman, the coordinator of the project who saw it through from inception to publication.

The manual and the other resilience tools in Enterprise’s Ready to Respond series can be accessed for free on Enterprise’s website:

Disclaimer: The opinions expressed in this piece are those of Samantha Yost alone and do not necessarily reflect the opinions of Enterprise Community Partners, Inc. 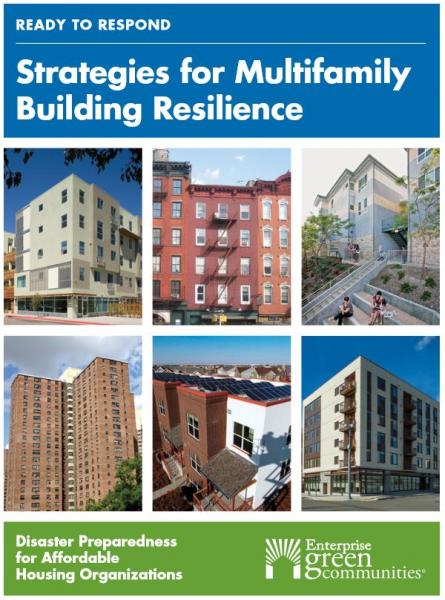 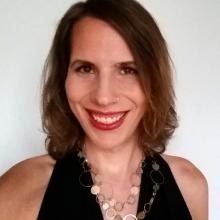