We met with Björn Cederquist who was kind enough to tell us about Hammarby Sjöstad, a new sustainable district, which he is quite proud of.

Stockholm is a growing city, with a population of 1.5 million and a serious lack of housing. The city central is quite developed, outside the city there are the typical suburbs, it is the area between the city proper and the suburbs that Stockholm is looking to develop in a planned, sustainable manner. To meet the city's housing needs Stockholm plans to construct 8,000 units per year, mind you they have only been building at 5,000 units/year of maximum. This is a large undertaking for the city which is being planned in a thoughtful way.

Despite the need for more units of housing there is a strong tradition in Stockholm of midrise buildings which accounts for the reluctance to build higher. Hammarby Sjöstad is mostly mid-rise with one exception, a single 12 story building.

Located in this prime area between the city and suburbs, Hammarby Sjöstad is located at an old harbor and landfill turned Brownfield site. To convert this piece of land into a residential community public transportation had to be extended, both the subway and train lines. The presence of transit shows a commitment to the area, a feeling of permanence which is required to build the community. 80% of residents commute by public transit.

To meet sustainability goals in a comprehensive way the district aimed to be a healthy place for people to live that stimulates the body and soul with opportunities for exercise, sports and culture. Design began in 1990 to construct an "Environmental and Ecological City District," which includes 11,000 units housing over 25,000 people; an additional 10,000 are projected to work within this area. In addition to the housing and transit systems, power plants were constructed to provide district heating and cooling, waste removal including organic waste, public water supply and wastewater treatment.

Renewable energy sources, harvesting of energy from the areas wastewater system, burning of waste combustibles along with harvesting energy from the sewage system allow Hammarby Sjöstad to operate their CHP plant free of fossil fuels. Central heat pumps at the district plant operate year round to extract energy which allows for district cooling, planned for 10 years the plant is the largest in the world. The wastewater treatment plant harvests both bio-gas and bio-solids. Bio-gas is used to power buses, taxis and some individual stoves. Bio-solids are used as fertilizer in forest, filling mines and soon to be used for agriculture purposed. Combined with advanced waste collection and energy efficient construction Hammarby Sjöstad is a unique community which is a product of long-term planning and collaboration. Sites underdevelopment are learning from Ham Hammarby Sjöstad to further advance eco-districts for long-term success. 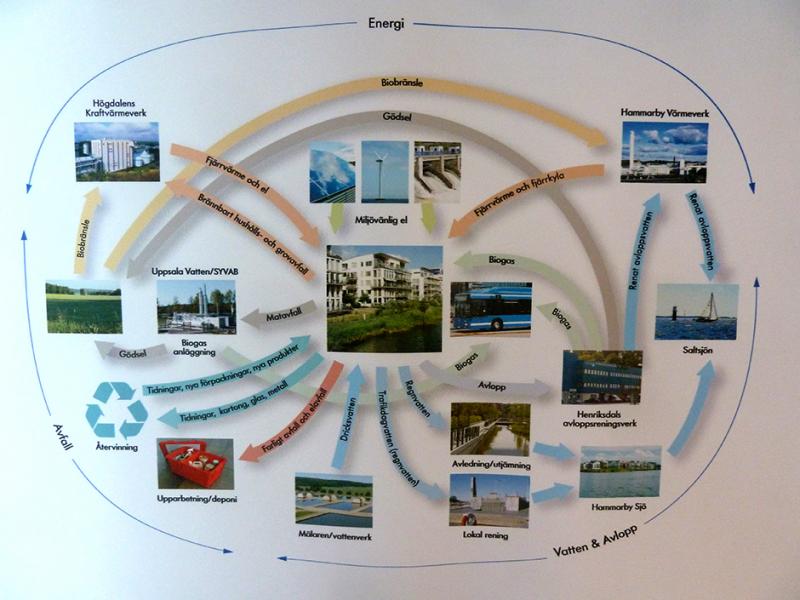 Heather Nolen, a lifetime NESEA member, is a Senior Energy Consultant for Steven Winter Associates where she works to improve energy use in multifamily housing by focusing on buildings with steam space heating systems. She was honored to travel to Sweden and Denmark with fellow NESEA members to study the country's plans for carbon neutrality and approaches to improving energy use in buildings. Inspirational items on her desk are a steam trap (carried home from a site visit) and a snow globe of a girl on a bicycle that says...given a cape and a tiara she could save the world. 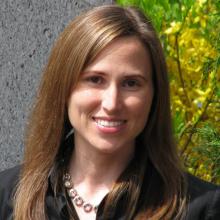