I have no idea if this will be published by NESEA. I believe it's relevant and timely to much of our community. Here's why: our mission is to foster efficiency and renewable energy in the Northeast. We do this for many reasons, and one important reason is to help solve human-caused climate disruption.

One great thing about the NESEA Community is that we check our work, run the numbers, and verify the results. We commission buildings, measure actual performance, test product effectiveness, interview occupants and users, and validate claims.

Unfortunately, the Massachusetts Department of Public Utilities appears to be pursuing a policy that does none of those things. It seems that there's a policy in place to "check a box" rather than to actually solve a problem. And by "checking the box," my home State of Maine is going to bear the brunt of the cost — while neither Massachusetts nor our planet will reap any real benefit.

To explain, please let me quote from my wife, Judy Berk, Communications Director for the Natural Resources Council of Maine (NRCM), the State's leading environmental-advocacy organization. NRCM has been around since 1959, with an dedicated and professional staff who do their homework, weigh the evidence, and promote policies that are effective, science-based, and thoughtful.

As you may recall, Massachusetts was poised to contract to buy electricity from Hydro-Quebec via the “Northern Pass” transmission across NH, until NH said “no way, no how.” Now, Massachusetts leaders will be deciding whether to approve a similar 145-mile long power line across Maine to Quebec proposed by Central Maine Power (CMP) (a subsidiary of the Spanish company Iberdrola).

This is a terrible idea. While Massachusetts’ desire to increase its use of renewable energy to reduce climate emissions is commendable, CMP’s proposed project actually fails to increase renewable energy production or reduce carbon pollution at all. But, the proposed project would send $10 billion dollars from electric utility customers in Massachusetts out-of-state to Canada and to a Spanish- owned utility company. While hydro producers in Quebec and CMP stand to profit handsomely, Maine’s environment and people in Massachusetts and Maine will suffer the harm and pay the cost.

Imagine this money going to new renewable energy projects in the northeast instead, which would actually help our climate, create jobs and boost our region’s economy. There is no need to send ratepayer money out of the state, while wrecking large swath in Maine’s North Woods at the same time for no climate benefit.

NRCM opposes this project because the new transmission line would:

Please check out our website and fact sheet, or reach out, if you are interested in learning more.

The Massachusetts Department of Public Utilities is considering whether to approve this project.  It is accepting comments until Wednesday, August 15. Please urge them to reject CMP’s proposal  that would harm Maine’s environment and have no climate benefits for Massachusetts or Maine.

Thank you for considering, caring, sharing, and helping as you can, Judy

There may be folks in the NESEA Community who see this issue differently, and who can make arguments in its favor. That's great — I'd be glad to be wrong about this policy. From what I know now, it looks like a terrible idea and a missed opportunity, a way of saying that one is doing something without actually, you know, doing it. Thanks for considering this post.

David Foley has worked in environmental building since 1980, as a designer, builder, teacher and researcher. Early in his career he worked for the Maine State Office of Energy Resources, the Lawrence Berkeley National Laboratory, and several architecture firms. In 1994 he joined Sarah Holland to form Holland and Foley Architecture, a design firm emphasizing quality, beauty, efficiency, durability, and health in buildings. David was a 1996 German Marshall Fund Environmental Fellow, allowing him to travel throughout Northern Europe researching “green” building practices. He taught classes in... 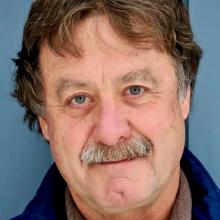