A Mid-20th Century Home Gets a 21st Century Roof

Long before we met this Sudbury homeowner, she had been tracking her utility bills for years and was actively investigating her options for reducing her reliance on fossil fuels. Because her home has an ample south facing roofline, she knew that it would make an excellent candidate for solar photovoltaic panels. In fact, she was in the process of getting quotes when she attended a talk Paul Eldrencamp of Byggmeister gave at the Weston library. 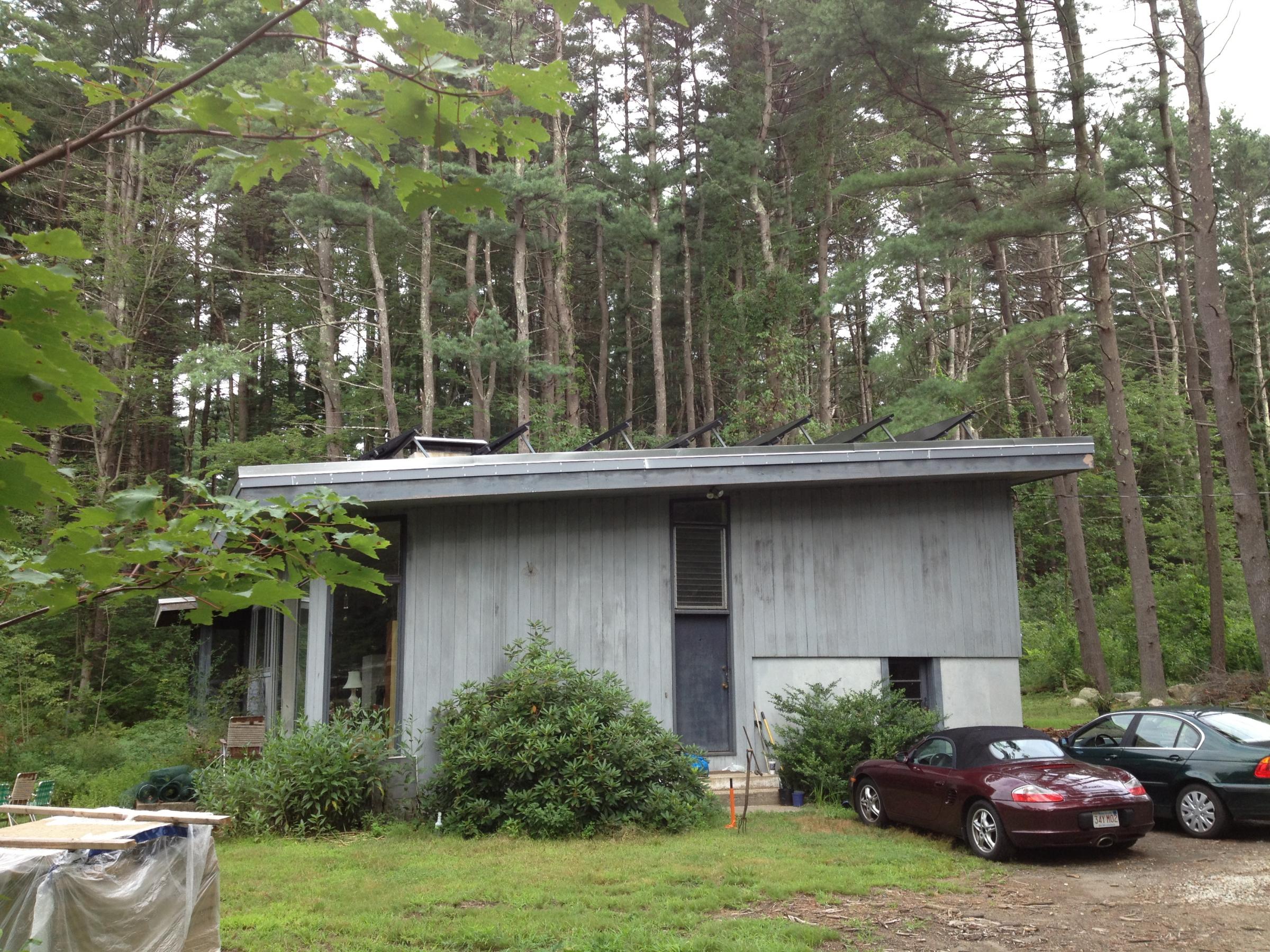 In his talk Paul emphasized the need to reduce a home's energy demand before adding on-site electricity generation, explaining that efficiency minimizes waste, vastly improves comfort and enables those homeowners that can and do install photovoltaic panels to make the most of their investment. Paul also presented several case studies of deep energy retrofits - i.e., homes whose energy consumption we have cut between 50-75% by meticulously air sealing and superinsulating the building shell. 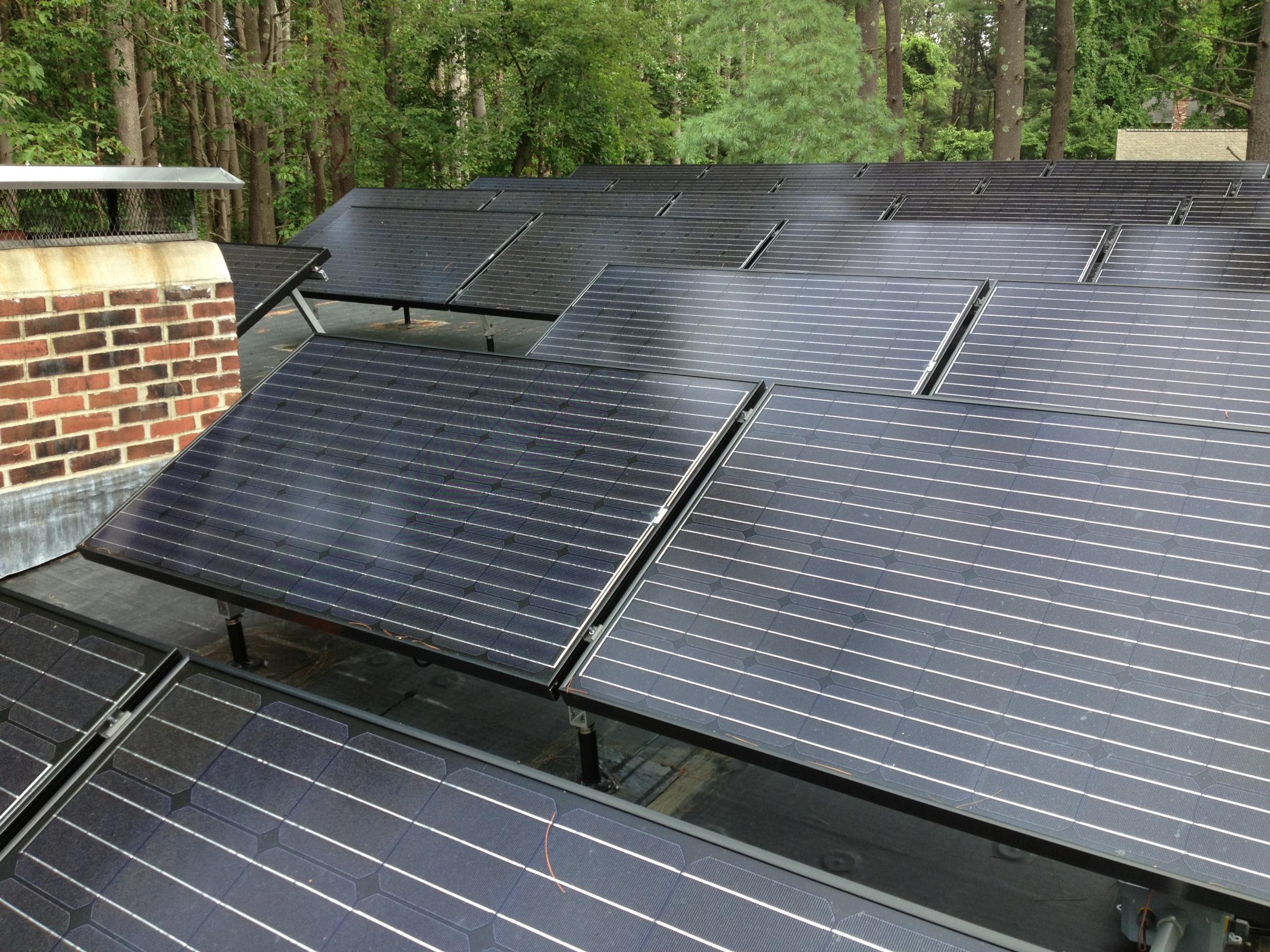 Listening to Paul, a light bulb went off in the homeowner's head (a highly efficient LED bulb, in fact): Would her home be a good candidate for a deep energy retrofit? The answer was an emphatic yes, at least in part. The most practical time to superinsulate an existing home is when its siding, roof, and windows need replacement. In this case, the home's siding was in good shape, but its roof was aging and, in any case, couldn't support a photovoltaic array. So it turned out to be a good candidate for a partial deep energy retrofit.

We started by removing the failing roofing, as well as the sheathing beneath it. This allowed us access to the roof rafters below, which we filled with dense pack cellulose on top of the existing fiberglass insulation. Next we re-attached the sheathing and added exterior insulation on top of that. 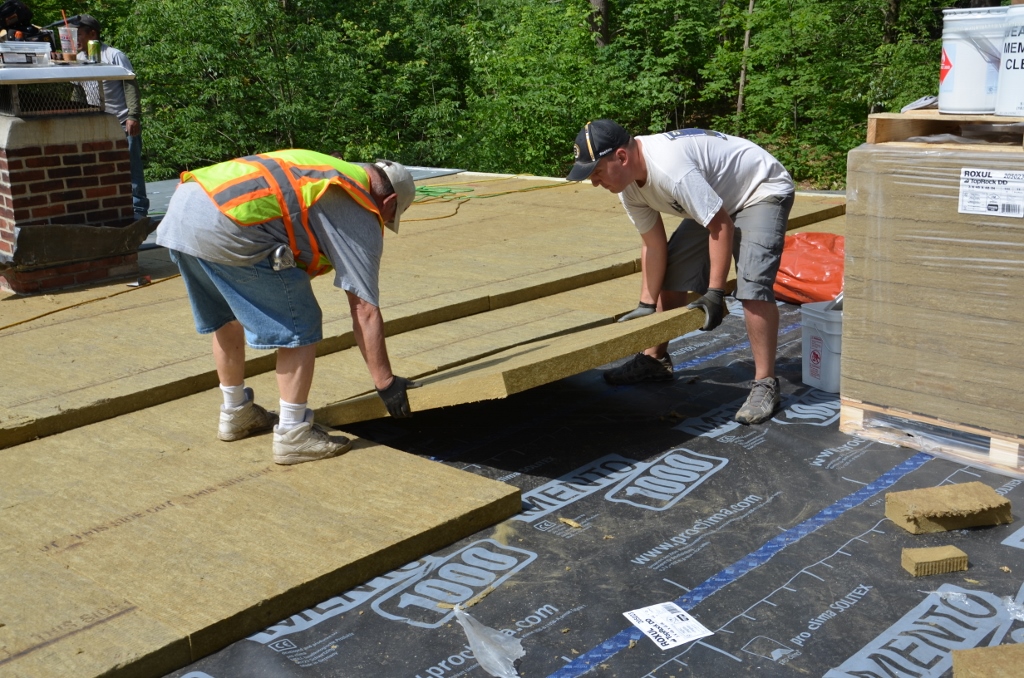 In this case, we used 6 inches of a mineral wool sheet insulation made by Roxul. Typically we use a foam plastic called polyisocianurate for exterior insulation, but the homeowner, who has health and environmental concerns about foam plastics, pushed for a non-plastic product. We were happy to be pushed, as we share her concerns and hope that we will be able to substitute Roxul and other non-plastic insulation materials for plastics on more and more of our jobs.

The result is a superinsulated R60 roof that can readily support an 8 kilowatt solar photovoltaic array—enough to meet the homeowner's annual electricity demand and then some. 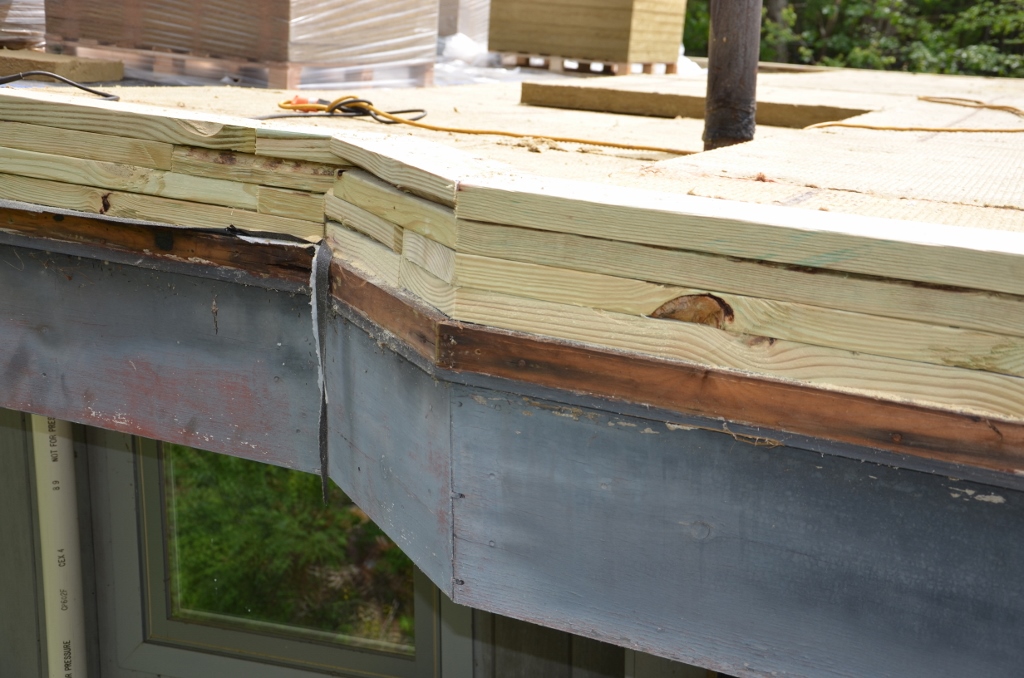 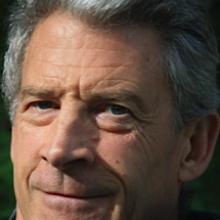