Rethinking the Grid and Building Resiliency in Multi-Family Affordable Housing

Rethinking the Grid – How Our Changing Electrical System Will Impact the Ways We Produce, Distribute, and Use Energy

The electrical grid operates quietly, often unnoticed by most people in the United States. But it is an essential part of the societal machinery that makes our economy run, protects us from harsh temperatures, and preserves our communication networks. The three speakers at this conference plenary explored the market forces that are forcing the ground rules of the grid to change - and suggested solutions that may move the utility industry forward.

The panelists were Karl Rábago, executive director of the Pace Energy and Climate Center at Pace Law School; Ron Binz, principal at Public Policy Consulting; and Nathan Adams, director of development and acquisitions at Green Mountain Power. They presented a nuanced perspective on how utilities can respond to advances in distributed generation.

The plenary was titled “Rethinking the Grid – How Our Changing Electrical System Will Impact the Ways We Produce, Distribute, and Use Energy.” The event took place at BuildingEnergy 15 in Boston on March 4.

“Salvation is near” for energy efficiency professionals, who are currently patiently toiling as “stepchildren of the regulatory business,” Binz said.

All three speakers agreed the current goals of utilities will have to change.

“This industry was built on continued growth and economies of scale,” Adams said.

"Green Mountain Power sees what other utilities do and tries to do the opposite," Adams said. “We try to be the anti-utility. This is the only industry that gets scared of the potential for new revenue.” 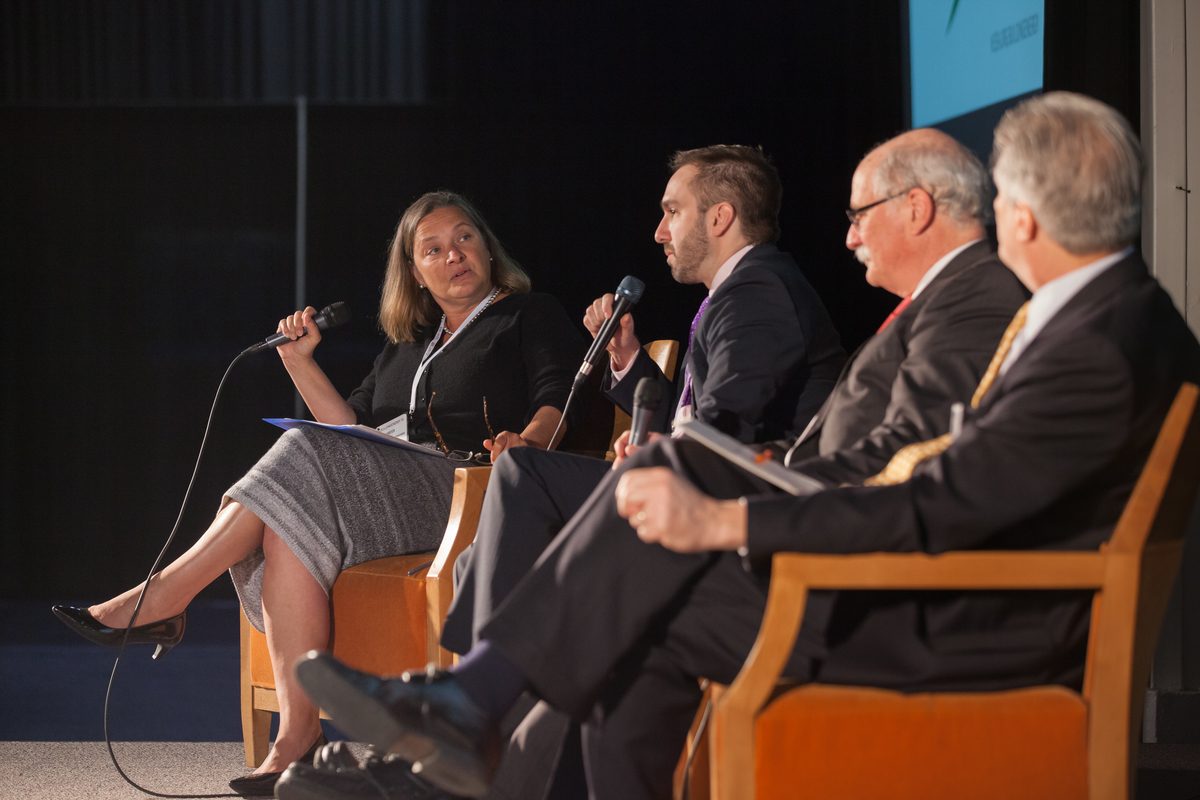 What are some potential solutions to ensure utilities can still reap profits with a new business model?

Rábago said a shift from a prescriptive regulatory model to a performance-based model is the best solution.

“We should compensate utilities for what we want them to do,” Binz said. He is currently consulting with Blue Planet Foundation about designing a system for Hawaii that would be adapted from a model created in the United Kingdom. This system “rewards utilities for desired outputs that society wants them to achieve.”

Binz said he expects utilities will be the grid operators for the foreseeable future, although others may disagree. 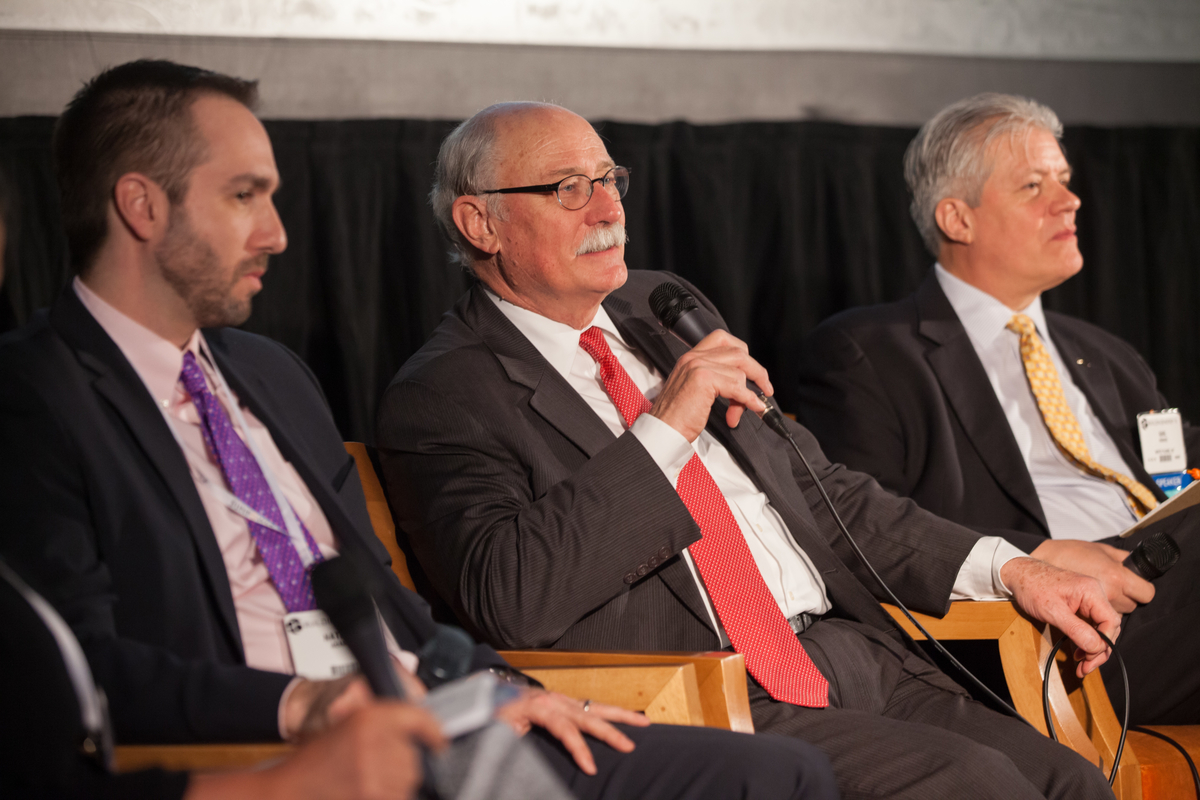 According to Binz, the Environmental Protection Agency’s increased regulation of power plants will lead to greater interest in energy efficiency nationwide.

Rábago said another solution for setting international climate goals might be a bottom-up process that would involve letting countries set their own targets.

Binz cautioned that opponents of power plant regulation may raise the specter of poor grid reliability. He said this assumption is inaccurate. “Grid reliability is not negotiable. Don’t get caught up in that rhetoric.”

Reliability is of strong importance to many United States utility customers.

“In America, we like our beer cold, our cars fast, and our power on,” Adams said.

What can be done to make affordable housing resilient in the face of weather emergencies and climate change? Alex Wilson, editor at Resilient Design Institute, and Jim Newman, principal at Linnean Solutions, are developing a resilience manual which includes 20 strategies.

In a presentation on March 4 at BuildingEnergy 15, they discussed key points of this manual.

“Storms and other disturbances have the greatest impact on those who can least afford it,” Wilson said. “My own interest in resilience started about 10 years ago when Katrina struck the Gulf Coast.”

Wilson said hurricane evacuees were housed in overheated spaces during the disaster. Older homes built prior to air conditioning fared better than new ones, which were “not really habitable.”

Three years ago, Wilson founded Resilient Design Institute, which has since produced reports for New York City and Boston. 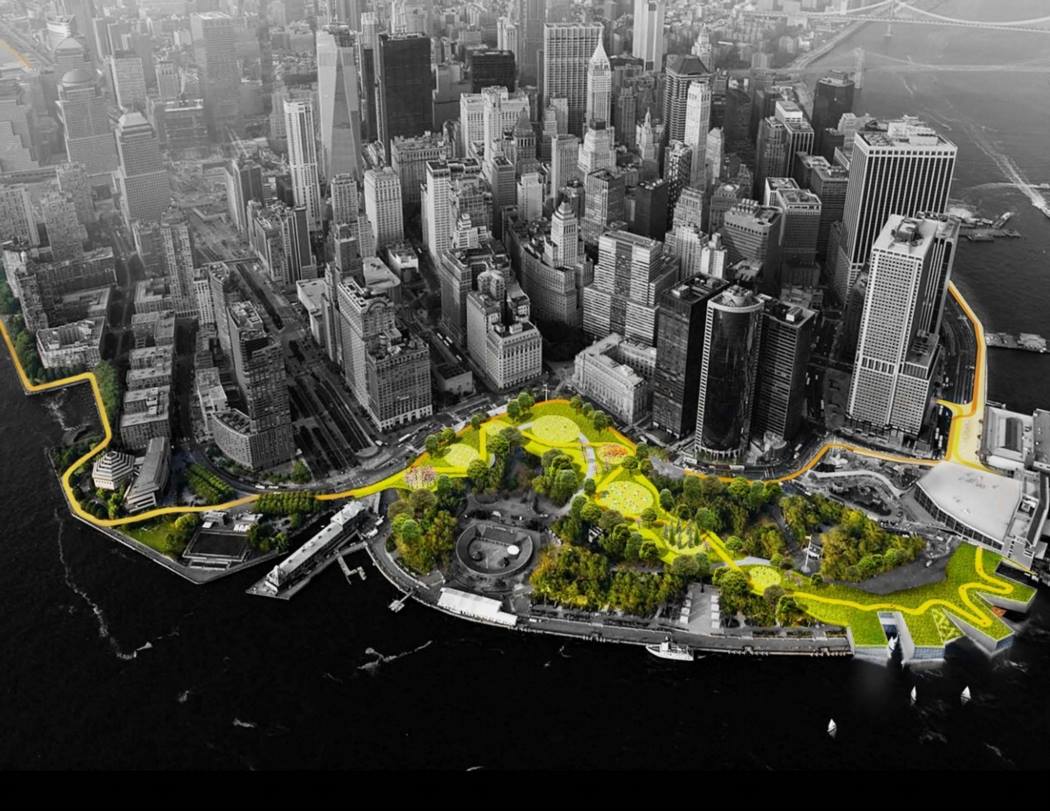 “Sandy had a huge impact on affordable housing in New York,” Wilson said.

In New York City’s flood zone, 80 percent of the housing is affordable, according to the presentation. “That’s an outrageous percentage,” Newman said.

“A lot of people are going to be sheltering in place," Newman said.

Affordable housing is often designed for senior citizens, people with disabling health conditions, and people who have been homeless. So mobility is a challenge for many affordable housing residents.

The report provides extensive recommendations that include:

When can building owners improve their properties to address these resilience concerns?

“Many of these things have to happen within the capital planning cycle,” Newman said.

Wilson said upgrades can also occur after disasters. “Rather than bouncing back, as FEMA said, think about bouncing forward.”

Neighborhood cohesion is also vital. “Your neighbor is your first responder,” Wilson said. 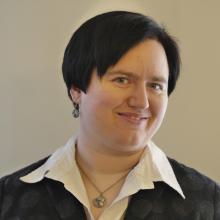