BuildingEnergy: The Conference that Refreshes

A conversation with Terry Brennan 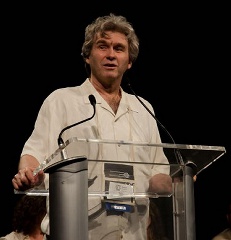 Terry Brennan is a building scientist and runs a consulting firm in upstate New York called Camroden Associates. At BuildingEnergy 15, he’s part of the Closing Forum: 100 Years of Experience, and he’s giving a presentation called H2 Uh Oh: Moisture Risks and How to Manage Them. I spoke to him just after he had returned from crawling around a 90-year old, four-storey building with no roof. Although Brennan wouldn’t admit it, this reporter fully expects that in his upcoming session on moisture control, Brennan will come out strongly in favor of roofs.

Ireton: I hope you don’t mind if we have a little fun with this interview. As I recall, you have a sense of humor.

Brennan: Well, you know, there seems to be some dispute about that among people who’ve heard me.

Ireton: You’ve been a NESEA member for over 30 years. Why haven’t they kicked you out by now?

Brennan: It’s either a horrible oversight on their part or an example of remarkable discernment.

Ireton: What makes NESEA’s BuildingEnergy conference different from other conferences?

Brennan: After attending a NESEA conference, I leave refreshed and invigorated. That is not the case for an ASHRAE conference or an ASTM conference.

Ireton: Why is that?

At the BuildingEnergy conference, I sit down at one of the sessions, and I hear some young engineer from New York City saying, “We’ve been fixing ventilation systems in high-rise multifamily buildings…” He’s actually doing stuff that I’ve been trying to get people at ASHRAE to do for 25 years. He’s doing it the way I wanted it done, and it’s working. I can see the field changing right there before my eyes. That’s very cool. If I’m at an ASHRAE conference, I’m surrounded by people who are trying to keep the field the same.

Ireton: What can you tell me about your session on moisture risks in buildings?

Brennan: I’ll be using the EPA Moisture Control Guide as a basis for the class. This guide started out as an EPA project to address the really poor indoor-air quality that resulted in some LEED projects. We wanted to write a simple guide to good indoor-air quality, but that evolved pretty quickly into “let’s do moisture control” because LEED doesn’t have anything in it to prevent a building failing completely in five years. That’s the piece that people need the most.

Ireton: Are the moisture risks to buildings greater today than they were 10 or 15 years ago? 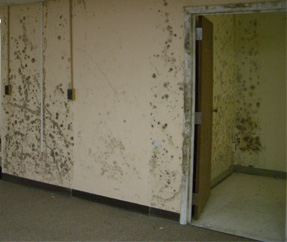 Brennan: In some ways, they’re actually less because manufacturers have made changes that make it more difficult for certain building materials to be damaged by moisture or to support mold growth. Gypsum board is not the Purina Mold Chow that it used to be. The same with OSB.

Ireton: I assumed your answer was going to be that the risks to buildings are greater now because of higher levels of insulation and a higher chance of some boneheaded building-science error.

Brennan: Oh, well, yes, there is that.

Ireton: At the closing form, you’re supposed to give a Pecha Kucha presentation, and I’m wondering if you can even spell Pecha Kucha?

Ireton: Well, then is it true that you once got arrested for saying “Pecha Kucha” to a woman in a bar?

Brennan: No…but perhaps I had a drink thrown in my face.

Ireton: You’re billed as one of “three sages” in contrast to “three rising stars.” Do you feel like a sage?

Brennan: No…I feel lucky, lucky to have developed a livelihood between fields and on the fringes of ordinary economic activity. I’ve had a great time pursuing things that interest me. A lot of that doesn’t pay, but some of it eventually pays really well. And it’s the times that have paid really well that have supported the times when I was doing stuff that only Marc Rosenbaum or Joe Lstiburek might have cared about. Or Drew Gillet.

Ireton: The description of the Closing Forum implies that collectively you, John Abrams and Chuck Silver have “100 years of experience.” Is that true?

Brennan: I took issue with that. It’s probably true that we have 100 years of experience between us, but I’m not sure that long experience necessarily results in tremendous wisdom. We have the example of the Supreme Court and the U. S. Congress to disprove that theory. The U. S. House of Representatives probably has a millennium or more of total experience, and where’s the wisdom there? 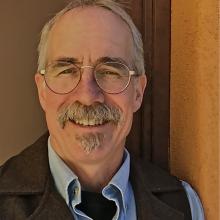