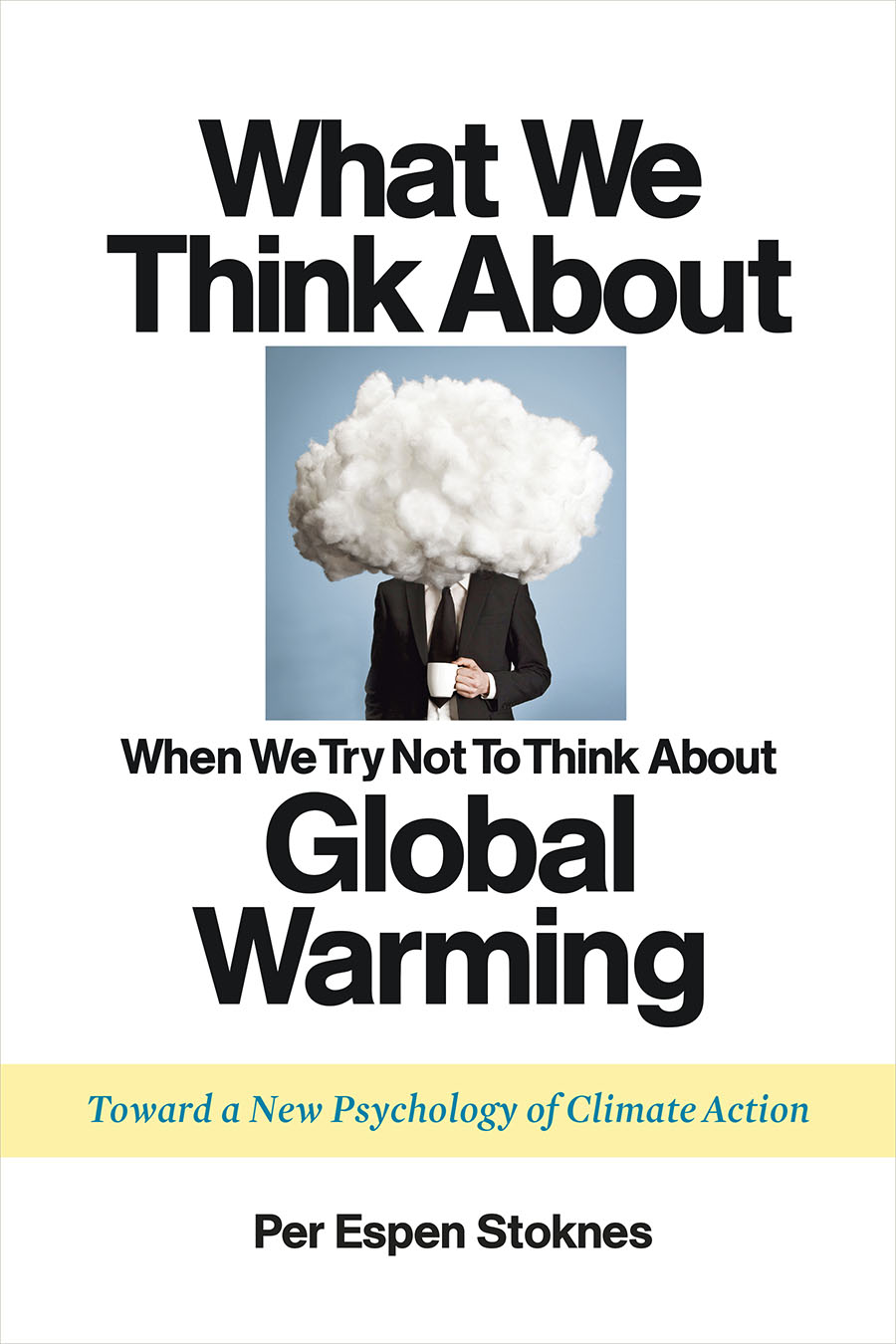 This book radically reframes the approach for people to take to address global warming. To make this book work for you, you have to suspend your historical assumptions and work with the material. Let it churn your heart and soul rather than using your mind. When you engage with the book in this way, it will change how you think, act and are in the world.

The key is in the book’s subtitle: “Toward a New Psychology of Climate Action.” The book is based on psychology and the spirit first and science second. Let’s make the change we want personal – solo and with others – and not global. It is a bottom-up approach.

Per Espen Stoknes, a psychologist and economist from Norway, aims to change the conversation and practice of what we do to reduce carbon emissions. He is a colleague, and like me, a student of James Hillman – one of the creators of archetypal psychology.

My love of cities and place comes from Hillman. Hillman built on the work of Carl Jung and Alfred Adler, but challenged and went beyond both of them. This kind of psychology and Stoknes’s book are rooted in universal, ancient patterns of understanding and behavior with a heavy dose of aesthetics such as “breathing in the soul of the world.” Hillman described this approach in 1975 in his book, “Re-Visioning Psychology.”

The book unfolds in three sections that focus on thinking, doing and being.

The more the science and data are presented to those who are not aligned with them, the more people go numb.

Thinking is the frame of mind we use to address global warming and the facts we muster to demonstrate the case for taking action. Doing includes the actions we take. Being is about how we are each asked to be more emotionally present in the world.

The first and second sections offer the usual remedies for responding to the Earth heating up. That said, what Stoknes presents in these two sections goes against climate-change gospel.

The third section on “being” makes this book come alive and breaks new ground. Here, Stoknes challenges the historical approach of all the “rock stars” who are leading the way on climate change with rationality and piles of data. We are done with that strategy.

This book tells a new story – a story rooted in mythology and age-old archetypes – a core tenet of archetypal psychology. It asks us to think and practice differently and learn what to do through trying. Begin with feeling your emotional connection to the earth. Then, find fresh ways of doing based on your being. And last, bring out the facts as needed.

A word of caution: many of my NESEA colleagues will bristle at Stoknes’ references to LEED as the standard for energy efficiency and the use of electronic cars to reduce the use of carbon. While Stoknes may lack the context to know that other standards, such as Passive House, Living Building Challenge, or net-zero energy, move us closer to our energy goals than LEED, these are small concerns in the bigger picture of what Stoknes invites and challenges us – as seasoned practitioners – to think, do and become. 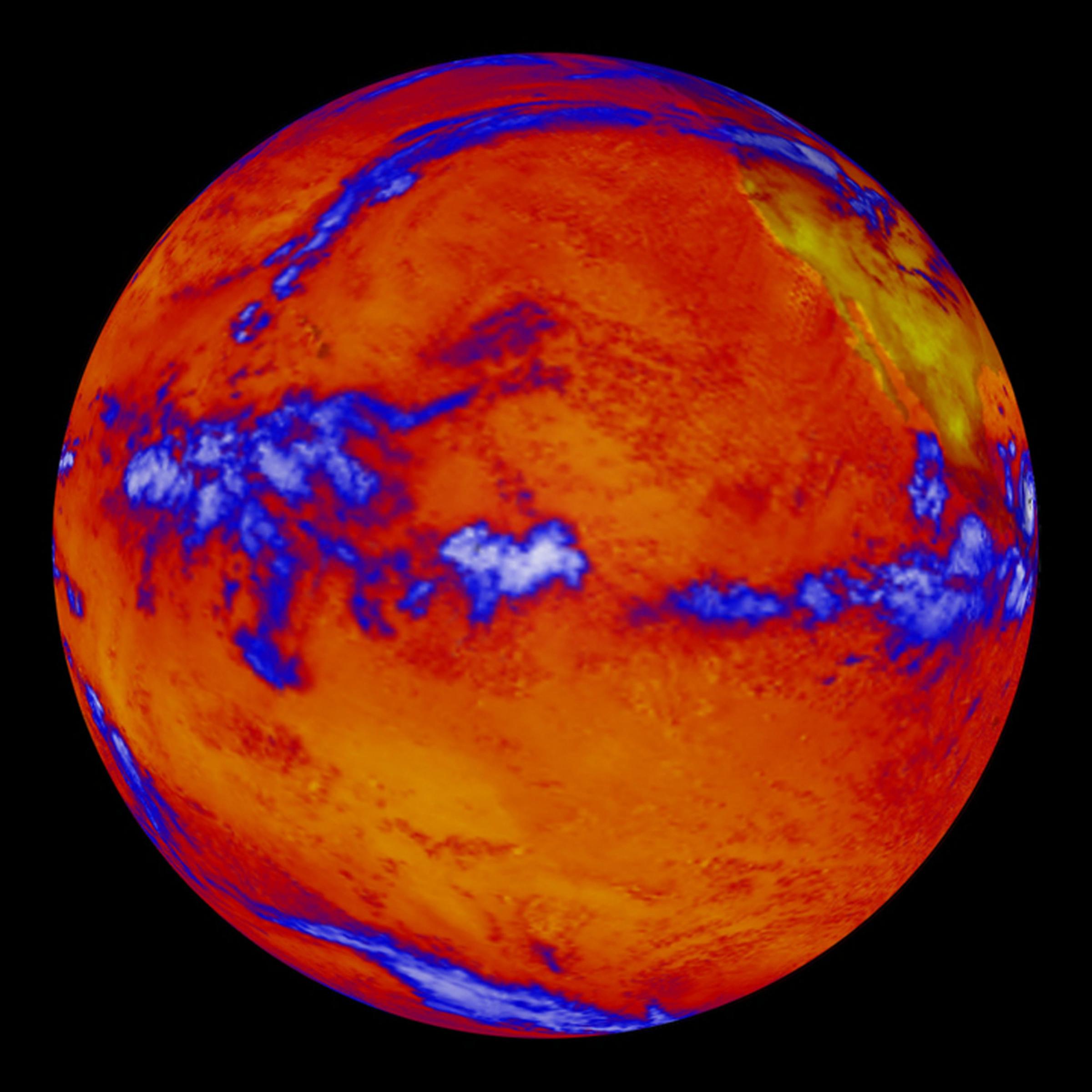 This book does not refute that the climate is changing, and not for the better. Rather, it invites us to let go of many decades of using four approaches: rationality, data, doomsday prophesies, and global policy change.

The more the science and data are presented to those who are not aligned with them, the more people go numb. Keep pounding with the logic and data and even more resistance rises up.

In archetypal psychology, rationality and data are Apollo-driven, using this approach: “I am in charge, so follow my command and control over you.” Follow me. And right now there are two different Apollos – those aligned with and those positioned against the conditions of a changing climate.

There is lots of poetic language that can be used to take us out of the abstract.

It is like dueling banjos with no resolution – each banjo keeps notching it up. And now we are numb. So Stoknes suggests we stop playing both banjos by putting the facts in our back pockets and using them “just in time,” when they come up in conversation with others. Lead with your doing and being.

Doing: If It Doesn’t Work, Do Something Else

John Dewey loved to say all learning springs from doing. Then after doing, create the space to reflect on what you did. And sometimes the reflection leads, if necessary, to a change in the next doing. This is the essence of what Stoknes asks of us. Let’s not get trapped in our old short lists of to-dos. Try stuff. Experiment. And make the doing both personal and communal.

My old teacher, Robert Fritz, author of “The Path of Least Resistance,” taught students to focus on the vision of what they want to create and not the current reality – the doom.

By doing this, you can move beyond current reality into actualizing what you want to create. Fritz used to teach this way of working by holding a rubber band between his two hands with each hand representing structural tension. One end of the rubber band, the top, was the vision of what one wants to create. The other end was current reality – below the vision hand. Since all tension seeks resolution, focus on what is to be created. It can happen.

In our doing, Stoknes asks us to focus on our locality and nurture its sense of place. What actions can you take that reduce carbon use? Show people what you are doing without demanding they do the same.

We have to feel the pain. That is the point.

His premise, based on social psychology research, is this: people change their behavior more when part of and influenced by a group of peers or a social network of people they value because they want to be included in what is happening.

People want to belong. They want to be part of the local crowd doing stuff. Reflect on what you see everywhere with more people recycling and composting now than before. Banging them over the head with logic and facts turns the next potential change-agents away from change.

Being: Be Inside the Living Air

As noted earlier, this section moves the story and conversation into fresh territory and practice about what we each can do about the burning of the Earth.

Some may find this squishy and “out there.”  But “out there” is actually where we must go next to do something about what is going on with the planet. We tend to talk abstractly about greenhouse gases. There is lots of poetic language that can be used to take us out of the abstract. For example, why not center on the air we breathe each day. 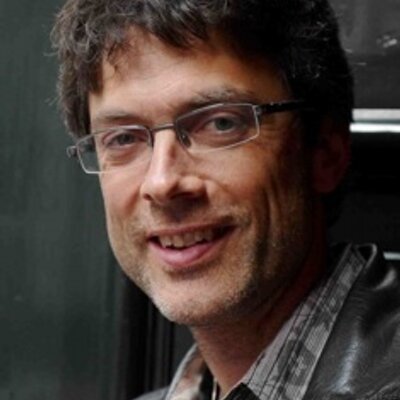 The second-to-last chapter, titled “Reimagining Climate as the Living Air,” puts the issue right in front of us.

Even though “global warming” is in the book’s title and the phrase “climate change” is often used, Stoknes prefers to use “climate destruction” or “the Earth is burning.” Both terms are less abstract and more visceral than the words we usually use.

What is going on with the climate shows us symptoms to attend to and observe, not problems to solve. We have to feel the pain. That is the point. Being with the pain or the depression of climate destruction is what matters. Depression is a teacher of what the soul of the world wants us to do. It is as important as saying “Up – let’s do it.”

Throughout the book, Stoknes tells his stories of insights as he reframes what is happening to him and his assessment of the planet. His personal stories are one part of what makes the book a compelling read.

Taking in Our Charge: Make Change

To take in the power of this book, we must suspend our reliance on a historical framework, lists of facts, and once-proven practices about climate. We are invited to take on the roles of local doers and storytellers.

Lead by example and make it personal. Work in groups. Again, feel the Earth’s pain and share that pain with others. It is not about wallowing in the pain. It is about having the courage to create change, locally and with others. And when you are sad, you are sad and that is OK.

Gandhi said it best: “Be the change you wish to see in the world.”

Robert Leaver is a community psychologist. He has 45 years of experience in teaching and consulting. Robert has organized over 800 community-place based projects for clients, mostly locally and regionally. New Commons is in Providence, RI.

He is the founder and convener of New Commons – a whole new kind of think tank, founded in 1982. It is place-based with a place being a city, an island, village or an organization. New Commons goes beyond analysis and reporting. Our clients need tangible results, so we help them move from thought to action by helping them build a fresh network... 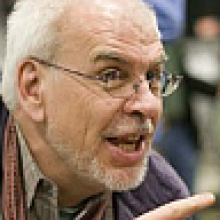