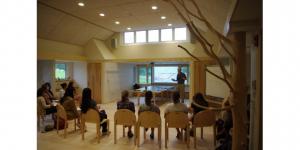 Supported by a grant from the S.D. Bechtel, Jr. Foundation, Smith College completed the construction of a 2300-square-foot environmental classroom at the Ada & Archibald MacLeish Field Station in 2012. At the time of the Pro Tour, CEEDS anticipated that the building would be certified as a “Living Building” in late 2013 or early 2014, a process which was realized in early 2014, making it the fifth Living Building Challenge certified building in the world. 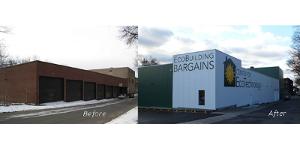 In 2010, a dilapidated 100-year old brick warehouse  sat at the corner Warwick St. in Springfield, MA.  After a deep energy retrofit, the building is now home to EcoBuilding 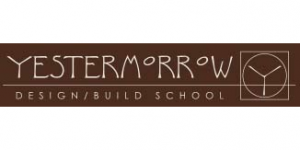 NESEA and Yestermorrow Design/Build School partnered up to host an intensive (and intensely awesome) 2.5 day learning experience and high performance buildings tour in Vermont. Led by Andy Shapiro of Energy Balance, Inc, participants were able to interact with some of the region’s leading high performance building practitioners, delving deeply into the details of outstanding projects, asked questions and got feedback on pressing building questions.

Posting a listing to the Community Events Calendar is a NESEA Member benefit. Learn more about the benefits of membership here.