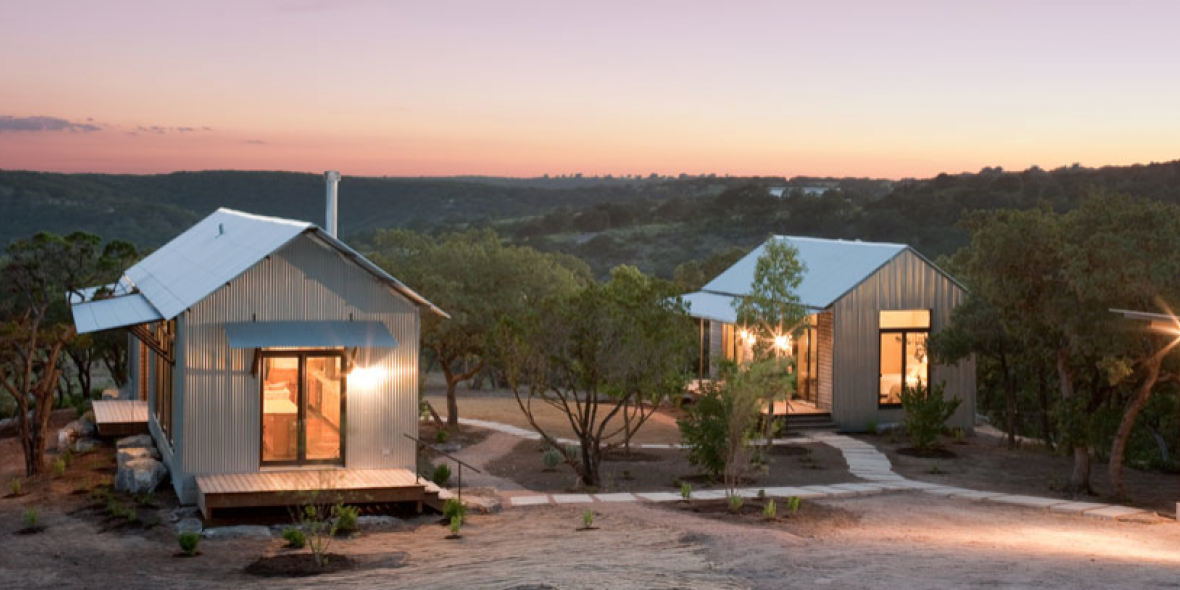 High Performance Comes In Out Of the Cold

What happens if we bring the Northeast's craftsmen inside to work?

In the Northeast, there is a proud history of the craftsman, the homebuilder, the DIY hero and heroine. They work with sturdy tools, with local materials, with real wood. They brave the mean winters, cut each stick with caution, are frugal with lumber. They measure twice, and cut once. They have done this the same way over many years and the product is consistent, steady, exactly the same as it would have been, had it been built in 1953.

There’s only one problem. We live in a very different world than we did in 1953.

The lumber is more scarce, the tools more costly to run, and although the winters probably aren’t meaner, climate change has certainly made the weather more volatile. With skyrocketing fuel costs, our grandparents’ myth of the porous house as good house no longer holds water.

What happens if we bring these craftsmen inside to work, if we remove the gloves from their chilled, numb hands as they are trying to cut that 2x6 to a precise 8’-2 5/16” length, trying to get that sloping valley rafter just right – the first time? Well, what happens is things get done better. Turns out they might not mind either.

This is all well and good. So then why are we not more typically building our houses indoors, like every single other high-quality product in the world? According to an industry report from 2013,

As the housing market and general economy recover, demand for prefabricated housing is expected to rise. Despite the promise of some reduction in construction costs, these products have had limited market penetration, in part because of consumers’ familiarity with traditional construction practices, or in the case of manufactured housing, some stigma attached to the product itself (1).

But this certainly wasn’t always the case. Consider the Sears Kit Homes of the 1920’s, where homes were exactingly cut, pre-assembled and taken apart only to be put back together on site in a quality-assured, consistent and cost-predictable way. The efficiency of the system led to it becoming a very cost effective solution, and somewhere along the way, cost eventually trumped quality in our various building booms from the 60’s through the oughts. But this wasn’t a flaw inherent to the system itself.

Take a trip to one of our longest standing, local modular factories, Keiser Homes in Oxford, Maine, and what you see inside may surprise you.

It’s that same proud carpenter and his ilk, working inside, with real wood and high quality materials under ideal working conditions. Some of the results may be more accurate cuts, less backbreaking lifting, significantly more airtight construction, less waste, higher efficiency and greater oversight. These are real, high-quality homes these guys are building. They just move.

And not only do they still usually cost less, but are inherently more environmentally friendly as well. 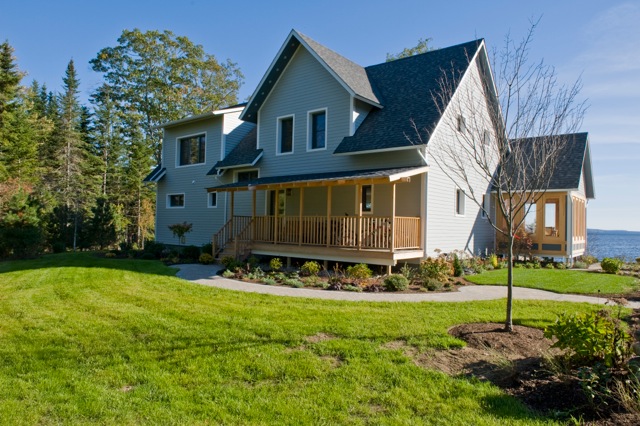 Some of the most significant productivity findings from prefabrication and modularization users include the following:

And although these are large-scale industry findings, they actually feel low to some of us who have been working directly in this industry. Other proponents like Blu Homes claim 50 percent to 75 percent less waste with their modular homes versus the equivalent site-built home, through precision cutting and storage capacity for bulk ordering (4). A study from the American Institute of Architects has found that up to 40 percent of the nation’s solid waste in landfills is building material, and according to Sustainable Sources, 8,000 pounds of waste are typically thrown into the landfill during the construction of a 2,000-square-foot home (8). (Yes, I know that’s not you, you’re smarter than that. But this is a big ship we have to turn.) 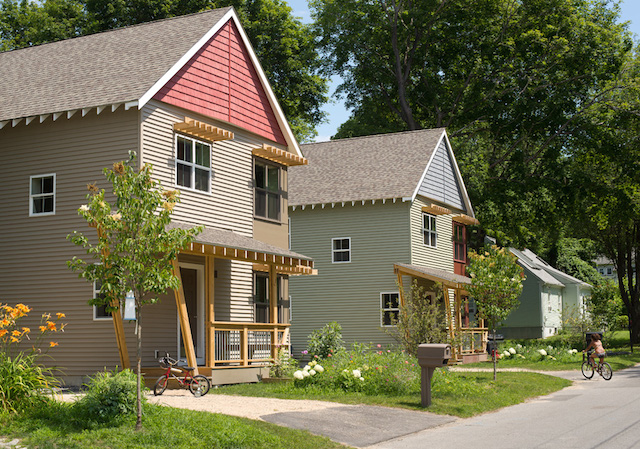 We now know that the interest is “green building” has more than doubled – from $54 billion to $120 billion – from 2011 to what’s projected for 2015.  According to the latest study by The National Association of Home Builders, the majority “of firms building new single family homes report that they are doing more than 15% of their projects green”, and this number holds for new multifamily construction as well (2).

“Greater consumer interest in green homes has contributed to the ongoing growth, leading us to anticipate that by 2016, the green single family housing market alone will represent approximately 26% to 33% of the market, translating to an $80 billion to $101 billion opportunity based on current forecasts”

says Harvey Bernstein, vice president, Industry Insights and Alliances for McGraw Hill Construction (2). So now that the demand for high-performance building we’ve all been waiting for is finally here, how do we keep up? Building faster sure sounds like a good idea, right?

About 6 years ago, our firm, Kaplan Thompson Architects, made a decision to do no design work that did not have lower energy consumption as a primary goal. It was a definitive move that made us feel good, but there were a few problems with it. Namely that it had the potential to run in direct opposition to another goal of ours: providing attainable design to clients with more modest means. Plus, if builders were tasked with being cheaper, they usually had difficulty pairing this objective with creating a higher performance building shell as well.

Soon after KTA set this goal, Keiser Homes contacted us about teaming up to marry our skills. They believed better-designed, affordable, net zero energy homes - homes that produce as much energy as they consume annually - had real potential within their customer base. Our clients were telling us the same thing but to that point, we had no predictable way of providing accurate pricing. So we created our first “Modular Zero” homes together, which has evolved into our BrightBuilt Home line. This new line, branded after our very first net zero energy project, the also pre-fabricated BrightBuilt Barn, has allowed us to serve the demographic for whom a completely energy-independent home was previously unattainable. 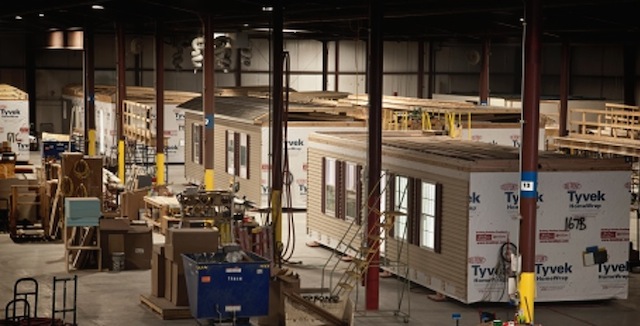 And we’re certainly not the only ones working hard on this, nor were we the first. Preferred Building Systems in New Hampshire incorporates energy efficiency into all of their modular homes, and dedicates a portion of their factory floor for explaining building science to their clients through mockups and demonstrations. Bensonwood is pursuing panelized high performance with their Unity Homes line. Renowned Texas architects, Lake/Flato, are doing similar things with their striking Porch House line. And Chris Corson’s ambitious EcoCor is kicking things up to Passive House levels with their panelization efforts. It’s important to note that sometimes costs decrease, but not always.

Bensonwood’s charismatic leader, Tedd Benson, is seeing the scale of this movement, live. He says, “We expect the growth to happen in big strides, not just one consumer at a time. We are in serious negotiations and conversations with 11 developer prospects.” Unity has signed on with developers for “a first phase DD agreement that has 240 hundred home sites”. And they’re working with “another prospect who's doing about 50-60 per year, and a few others with 20 - 50 homes planned.” Benson’s company is just another harbinger of this trend. Lake/Flato Principal Bill Aylor reports similar interest, which has been increasing steadily and rapidly after receiving their 2011 Builder's Choice Project of the Year Award for the Porch House concept. They now have projects as far north as New York, with serious interest from across the country.

According to an industry report, US demand for prefabricated housing is expected “to expand 15% annually through 2017” to about 135,000 units per year(4), a pretty serious increase from the previous 5 years. If the other reports on “green building” are true - that about a third of these are will be the kind of homes us NESEA types will be proud of and that most of these address real energy concerns, not just greenwashing - then we’ve got a serious influx on our hands that our current industry can’t handle without the skill and building science knowledge our tribe brings to the table.

Currently, more than two-third of new single-family houses in Sweden are prefabricated. Approximately 14% of houses in Germany are prefabricated (5), many of which meet Passivhaus standards. In 2011, about 0.03% of homes in the United States that were built in factories (6).

I could be wrong, but it sure seems like these guys overseas are just smarter about these things than we are.

AIA 2030’s Ed Mazria estimates that about 60% of our housing stock will be replaced within the next 15 years, about 900 billion square feet of our built environment (7). And as building codes change, the level of required performance will simply have to rise. This just means that building higher performing homes must go hand in hand with the need for speed. And there’s plenty of work for those of us who are already doing the right thing. You’ll see it – including all of the above companies – on the floor of the Building Energy Conference. NESEA is at the forefront of this movement. It’s where it’s at, and it’s where you are…right now. See, there really are some advantages to living in such a cold climate.

For architects, this emerging but far from experimental means of building, needs to be reevaluated for what it is rather than what is isn’t. 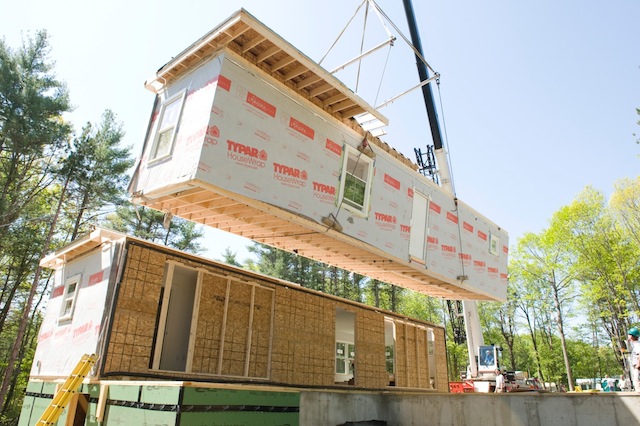 With these reliable and reproducible systems ensuring certain aspects of buildability and performance, we can spend more of our efforts – and our clients’ fees – on designing what’s visible, which we love to do.  A bonus opportunity that high-performance off-site can provide is the chance to be a more proficient – and prolific – designer. Still, we can’t get lazy. Just like with choosing a window, we need to be aware of a home’s specifications, limitations, context, and performance. And we’d never expect to build a window, piece-by-piece, on site.

Perhaps it’s time to think of the whole-house system in the same manner. Select the appropriate system for its use and setting and have it delivered, intact, to its site, ready for “installation.” If we rightfully scoff at the idea of assembling a home’s individual components piece-by-piece, why do we still do so with the home itself? That’s just crazy talk. Crazy is so 1953.

Other posts written by Phil Kaplan

Past Sessions by Phil Kaplan

Rethinking the Grid - How Our Changing Electrical System Will Impact the Ways We Produce, Distribute, and Use Energy.
01/18/2015 - 20:43
Read Fred Unger's post