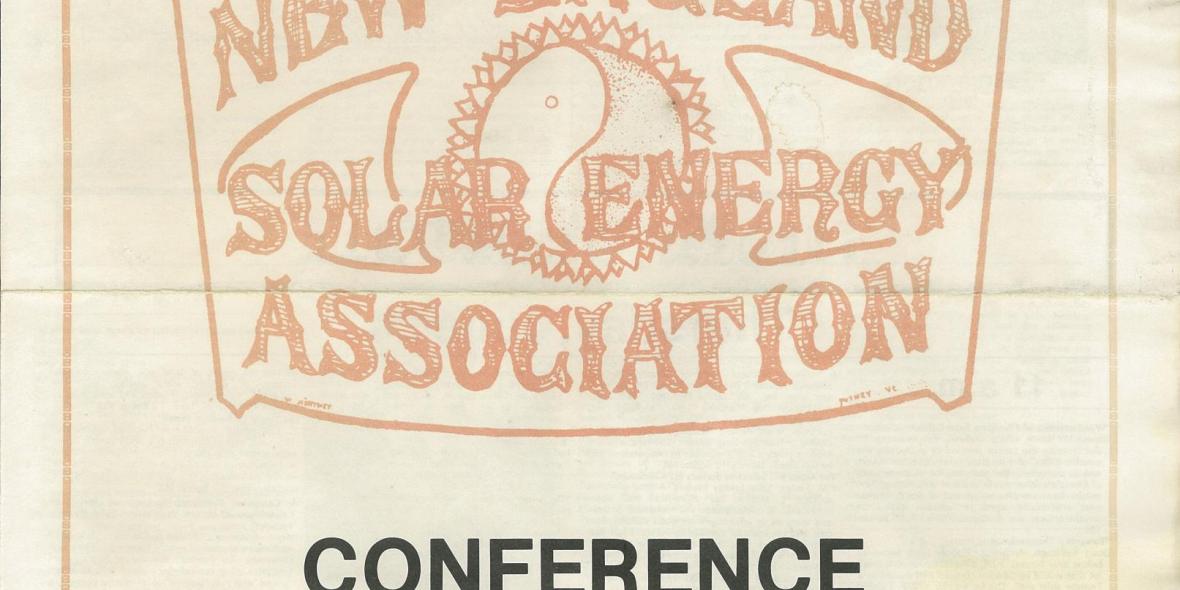 NESEA Conferences Through the Years

[The conference now known as BuildingEnergy] 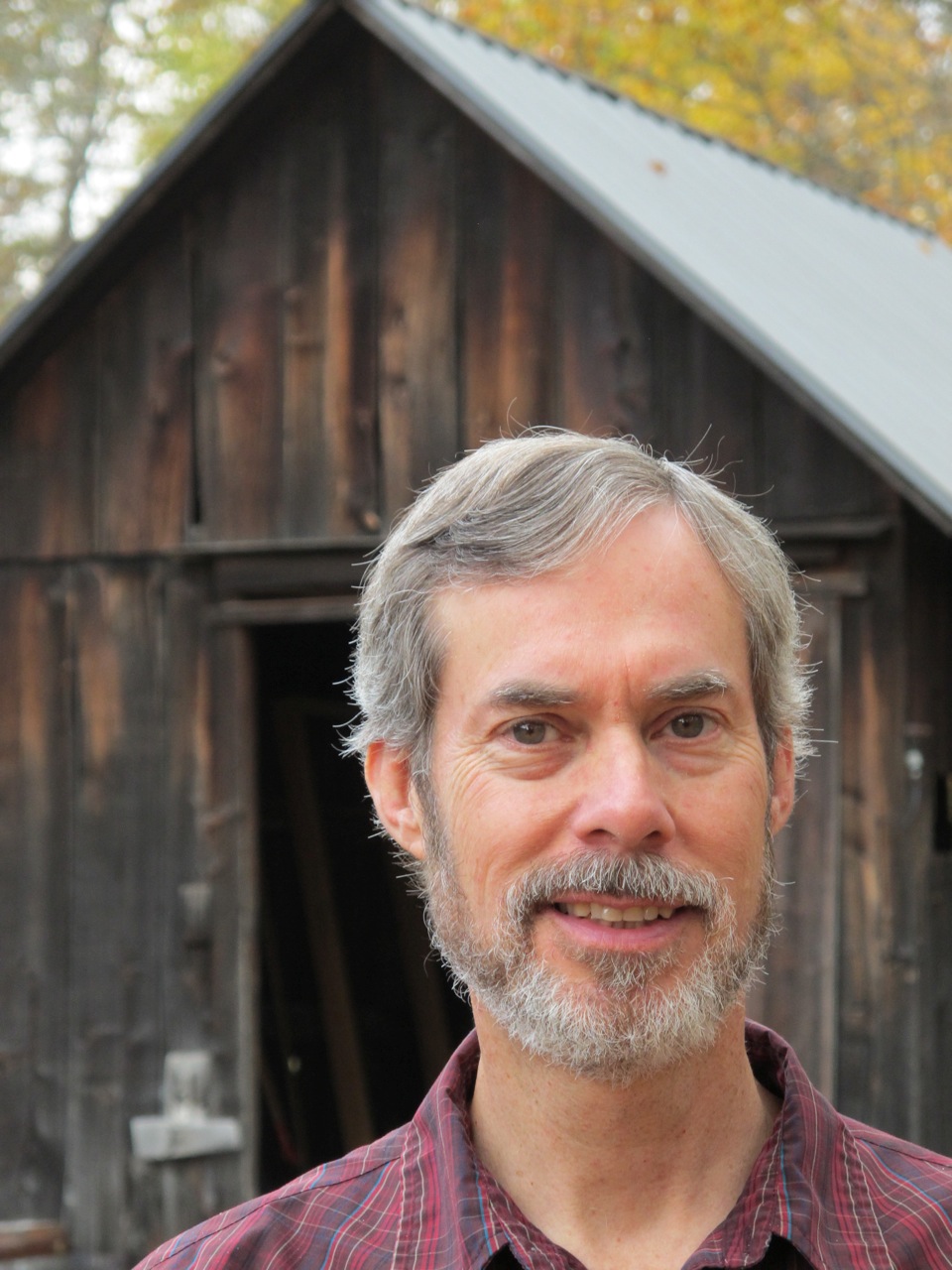 When I became executive director of NESEA (then the New England Solar Energy Association) back in the fall of 1980 as an inexperienced, 25-year-old kid, fresh off several years working in the solar Mecca of Santa Fe, New Mexico, things were looking pretty rosy for the organization. We had just finished running the largest renewable energy/sustainability conference in history—Passive 80 at UMass, a national conference co-sponsored with the American Solar Energy Association—from which, I was told in my job interview (at the conference), NESEA would emerge with a $100,000 in net revenue ("profit," except that we were a nonprofit organization). And the organization's bread-and-butter was ongoing organizational funding from the U.S. Department of Energy that covered half of our annual budget, which supported our Brattleboro, Vermont, office of a half-dozen.

Pretty great! What could go wrong? Well, as I quickly learned, a lot could go wrong. For starters, after I added up the bills that were coming in following Passive 80 (including rather prodigious bills for a hospitality suite that included an open bar for conference organizers—those were the days, I guess!), that $100,000 in profit dwindled to more like $10,000. And then, a month after landing in my new job, the Democratic president, Jimmy Carter, lost his reelection bid to Ronald Reagan. Among the first actions of Reagan following his inauguration, was to defund the Regional Solar Energy Centers, including the Center in Boston that provided half of NESEA's budget. 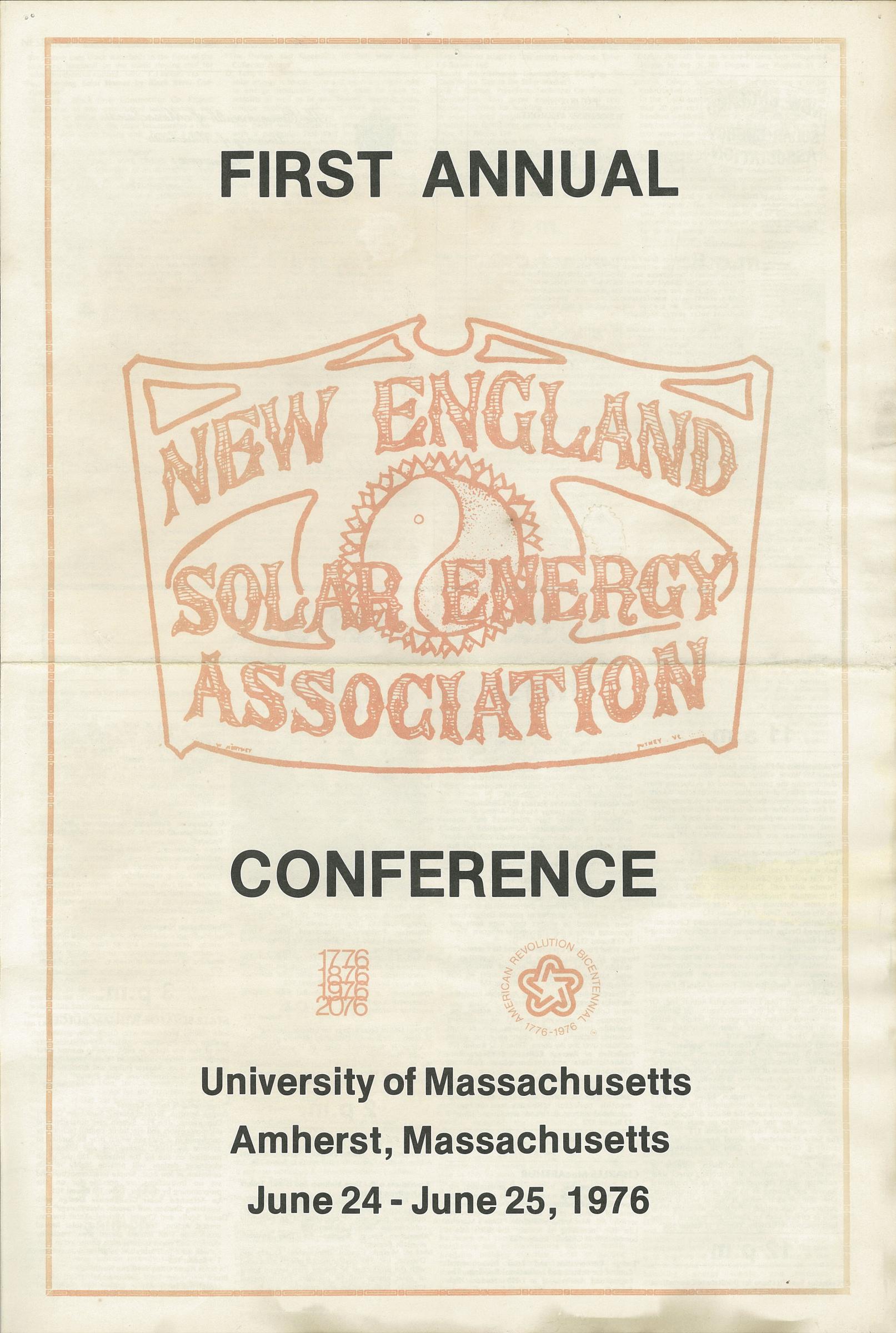 On top of those immediate woes, the price of oil was plummeting—ultimately dropping to less than $20 per barrel—and the solar industry had given itself a huge black eye as a result of outright scams to profit from the solar tax credit. (That's a longer story, but basically, many companies were selling incredibly shoddy solar water heating systems for $10,000 so that homeowners could reap the full $4,000 (40 percent) tax credit; the solar systems weren't worth anything close to $10,000, so companies gave kickbacks to buyers to induce them to buy—sometimes a cash bonus for new customer leads, sometimes a trip to Bermuda. Homeowners ended up with crappy systems that failed in a few years, solar companies made out like bandits, and taxpayers footed the bill. I made a lot enemies in the solar world when, as director of a regional solar energy organization, I didn't support the extension of those tax credits.

While we went through some painful belt-tightening following the loss of DOE funding, including my having to lay off a third of our staff, I think that loss of funding was actually a good thing. It forced us to re-think our organizational model and it launched us on a course of a) broadening our focus away from only solar, and b) relying on conferences as a mainstay of a financially sustainable future. Following a long deliberative process in sometimes-heated board meetings, we changed the name of the organization to the Northeast Sustainable Energy Association (cleverly retaining the same acronym, which members had come to know and love). We felt that to grow (or even survive) we needed to have an agenda that extended beyond just solar energy.

On the conference front, we began offering smaller, regional conferences that focused on various aspects of solar energy and energy-efficient building in the early '80s with a skeleton staff. The Solar Hot Water Conference in March 1982 in Hartford, Connecticut, and Photovoltaics: From Research to Reality in March 1983 at MIT in Cambridge, Massachusetts were reasonably successful. The latter, co-chaired by Steven Strong of Solar Design Associates and Ed Kern of MIT, was a breakthrough event that attracted coverage by Popular Science. We were making the statement, in the conference title, that solar electricity was emerging from the space program and obscure research projects and was ready for prime time in powering houses and terrestrial communications towers.

Prior to my arrival, NESEA had presented other conferences, but unlike those held after we lost Department of Energy funding, they weren't integral to the organization's survival. These earlier conferences included NESEA '76: Decision Making in Solar Technology at UMass–Amherst in June 1976; the 1977 Better Thermal Utilization (BTU) Conference in Hartford, Connecticut; two conferences on energy-conserving solar greenhouses, one in Marlboro, Vermont, in 1977 and the other in Plymouth, Massachusetts, in 1979; and the Solar Realities Forum: Learning From Experience in 1979 in Worcester, Massachusetts. 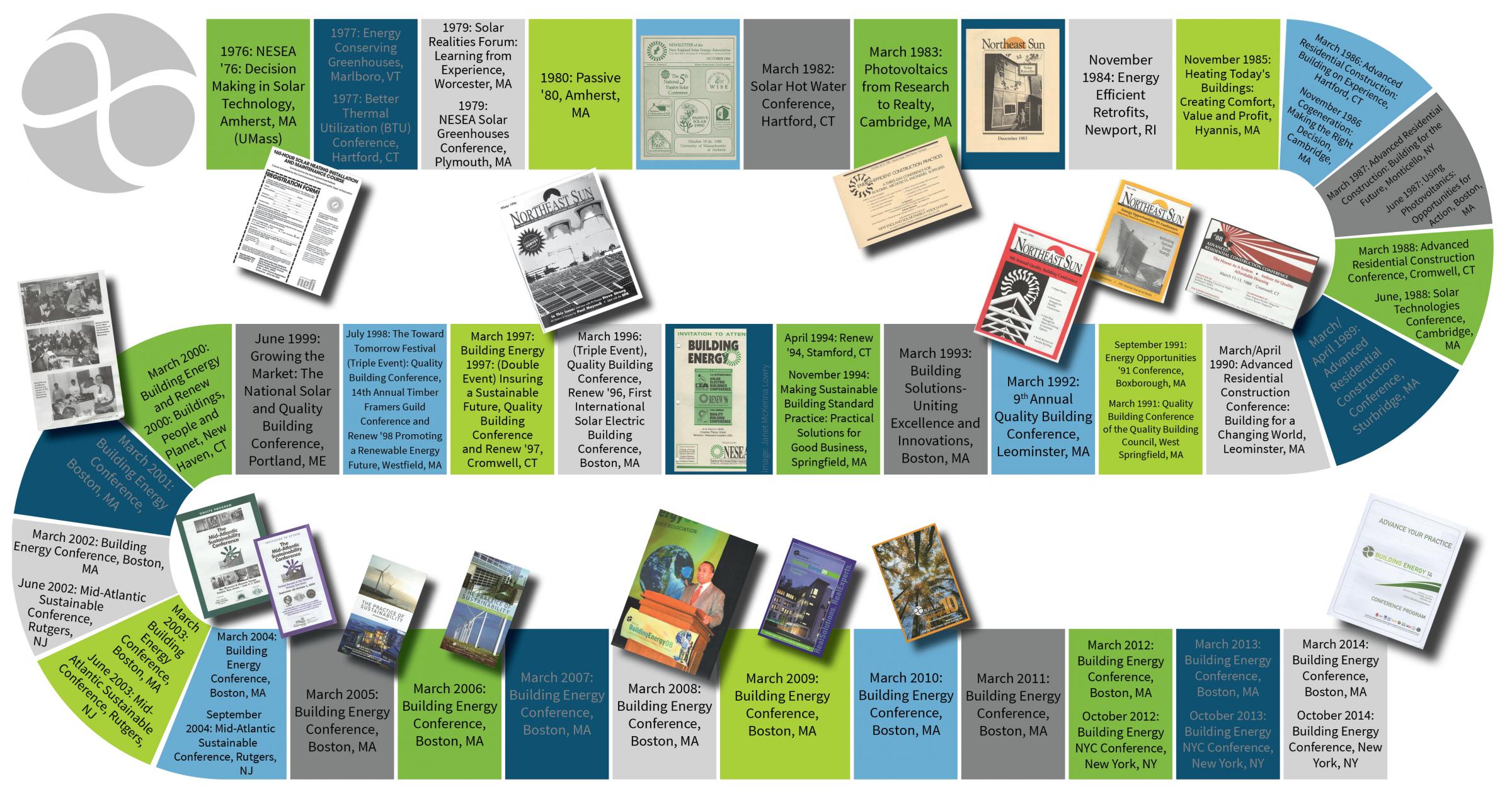 But the real breakthrough for NESEA was the Mount Snow, Vermont, conference, Energy-Efficient Construction Practices, held in late October 1983. Rather than focusing on solar, the conference was all about energy-efficient building practices, including construction details, moisture management, indoor air quality, and other aspects of building science—though I don’t think we were then referring to it as “building science.”

I remember with the Mount Snow Conference that I had succeeded in negotiating incredibly affordable lodging rooms and meeting space because it was after the foliage season—then, as now, a big season for Mount Snow—but the foliage season was incredibly late that year, so we had this beautiful venue really cheaply. Attendees had a great time, and we went on to hold an annual conference on energy-efficient construction, now called BuildingEnergy, that has been going on for 30 years.

As the NESEA conference chronology below shows, NESEA’s various energy-efficient construction conferences moved around for a while before gradually landing in Boston, first at Tufts and then at the Seaport World Trade Center.

What has made BuildingEnergy so successful over the years, in my opinion, has been the reliance on a broad group of amazingly perceptive, smart, forward-looking NESEA members who form the planning committee each year. Themes emerge, cutting-edge innovations are profiled, and visionary national leaders are invited in from around the country and world to share their wisdom and offer inspiration. 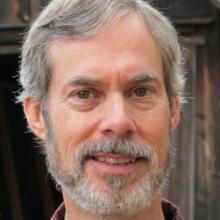 Alex Wilson served as executive director of NESEA from 1980 to 1985 and then served two terms on the Board of Directors. After leaving his position at NESEA, he founded BuildingGreen, Inc., the...

Other posts written by Alex Wilson

Past Sessions by Alex Wilson

Alex - Wonderful to see someone was keeping track all those years. Thanks for that chart

Fred, I had to resuscitate some dormant ganglia to recall some of the details.... And the NESEA staff deserves most of the credit for the timeline.  -Alex

Alex -Thanks for poviding  sense of history to all those who continue to carry the NESEA torch.